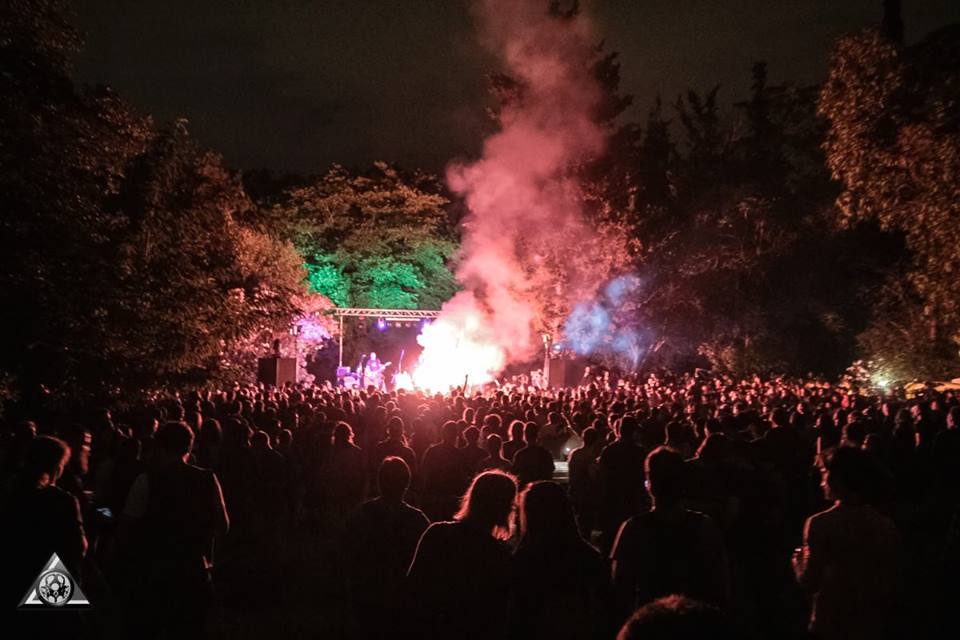 All police and especially riot police is to be fought and the ensuing riots are called “bahala“. Τhe molotov cocktail is the most famous weapon in the greek anarchists’ arsenal. In anarchist slang it’s also known as “salami” (a variety of seasoned sausage). It is unknown if this fact is related to policemen being called “pigs” or “pork”. 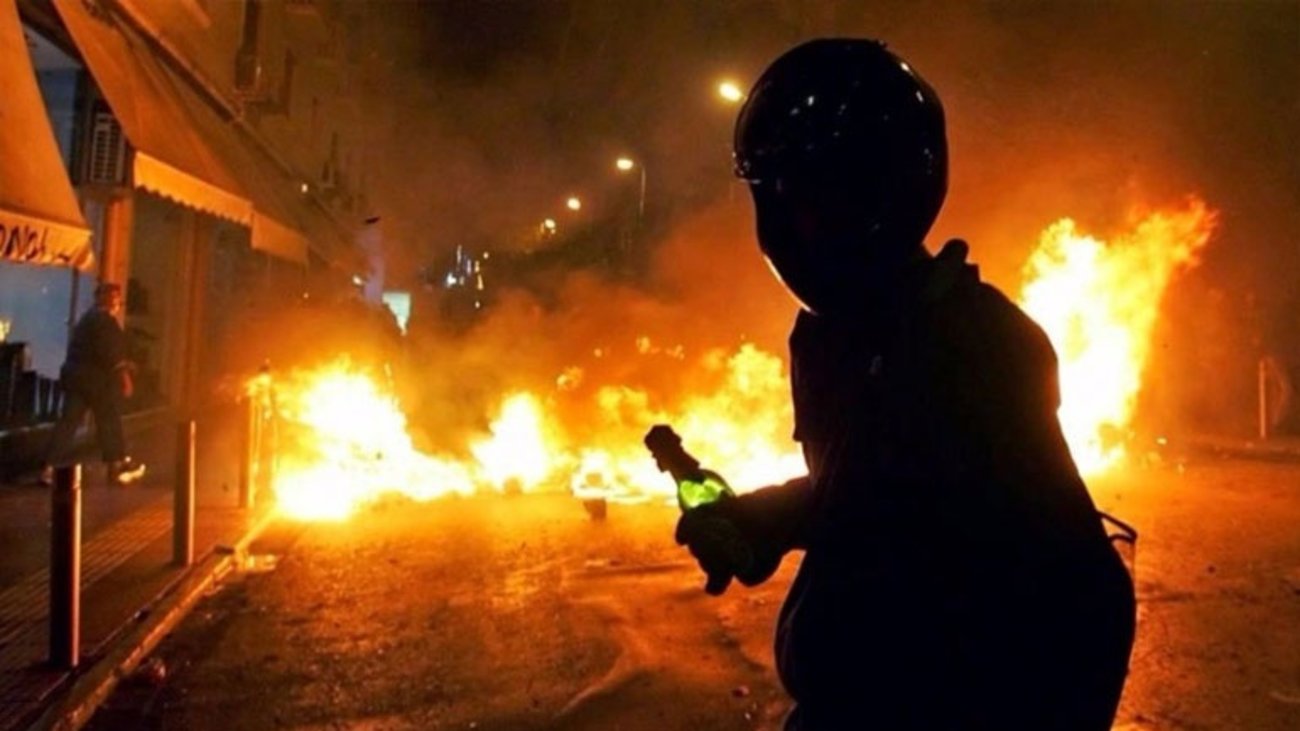 A young antiauthoritarian explained to us one of their most famous chants. “It translates to Cops, Pigs, Assassins but it rhymes in greek. There are also shorter version like Mi Gama Delta or Mpa Gou Do”. People like to rhyme “Cops, Pigs, Assassins” with everything, like everyday life routine thingies such as studying ancient greek. 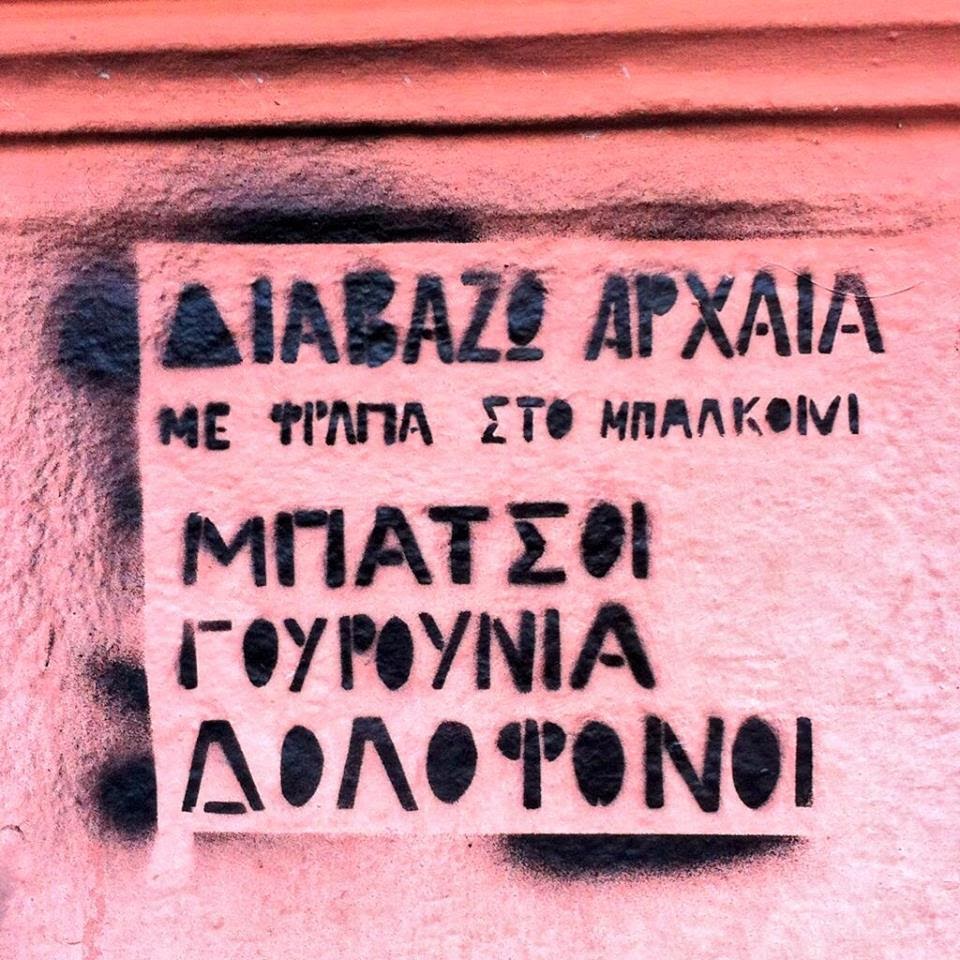 You are looking at one of the threads in the famous self-organized news and propaganda medium, Athens Indymedia. Athens Indymedia is a free place on the Internets, monitored by its Coordination Commitee and used by its user to post news like “3 Riot Police pigs seen at Stournari. Via phonecall” and “Attention comrades. Lites (slang for plainclothes police) in Exarchia Square.” or to initiate serious discussion such as “Anarchism and vaping“.

Anarchy and the Left: It’s complicated

Αnarchists and leftists. These political subgroups have a love – hate relationship with each other, having at times common goals, values, cultural preferences like neo-synthpop and attending the same parties. But when shit hits the fan or it’s elections time, nothing pleases a leftist more than to denounce an anarchist as a “mikroastos” (petty bourgeois) and the anarchist to retort with “eksousiastis” (dominator).

Some basic differences with greek leftists: Anarchists tend to be more fond of pitbull dogs, motorbikes and martial arts like krav maga and muay thai. They also shout their chants a bit faster than leftists. Why this happens, remains an enigma to this day. 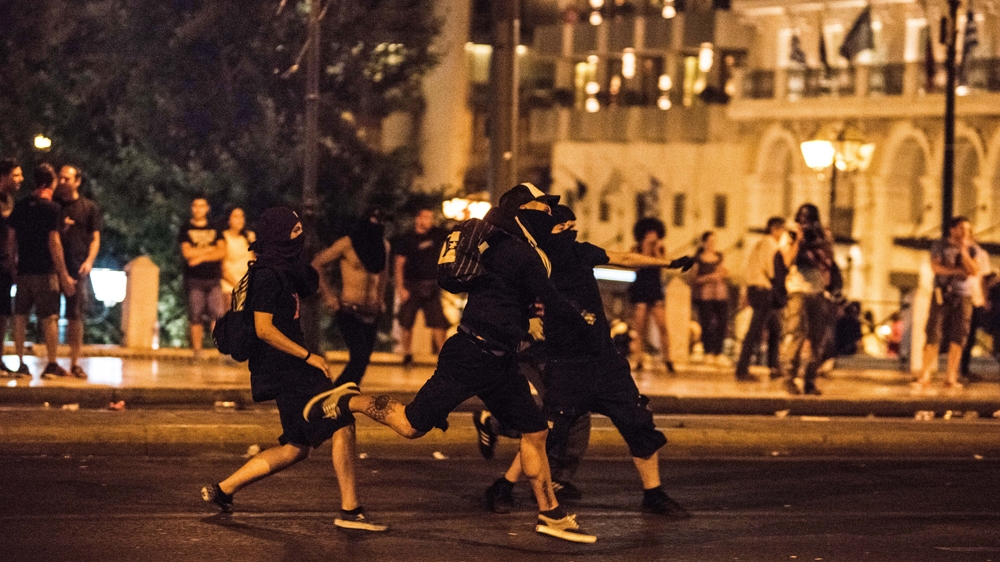 Whether true militant or anarchohipster, the greek anarchists mostly likes to dress in black clothes and military style cargo pants etcetera, in the famous black block aesthetic. On the other hand, some are condescending with this choice of style, rejecting it as unacceptably “who” (slang for easy to identify by state agents). 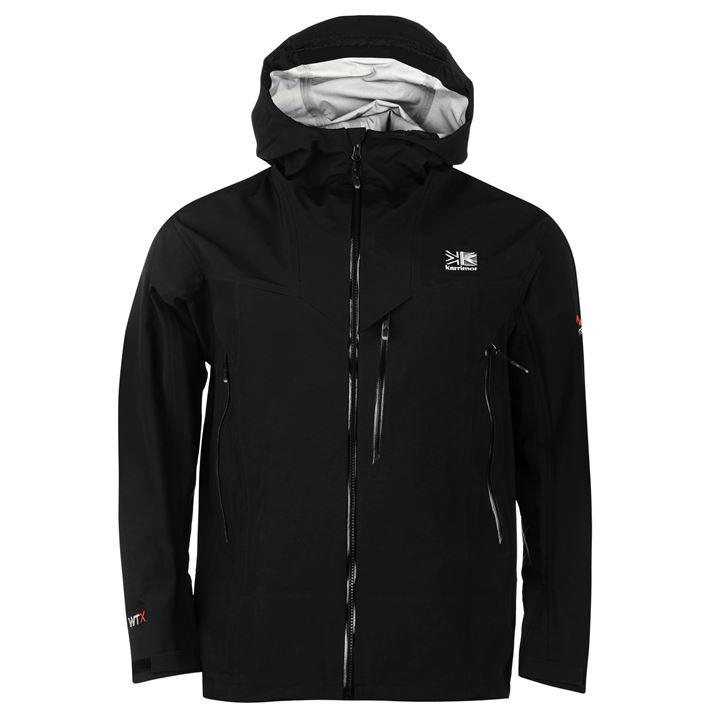 In recent years, greek anarchists have become fond of dressing like mountaineers, wearing waterproof jackets and hiking boots and shoes. It’s currently unknown how this trend came to be, but the antiauthoritarian militants swear that the more expensive clothing comes purely from shopping mall expropriation. 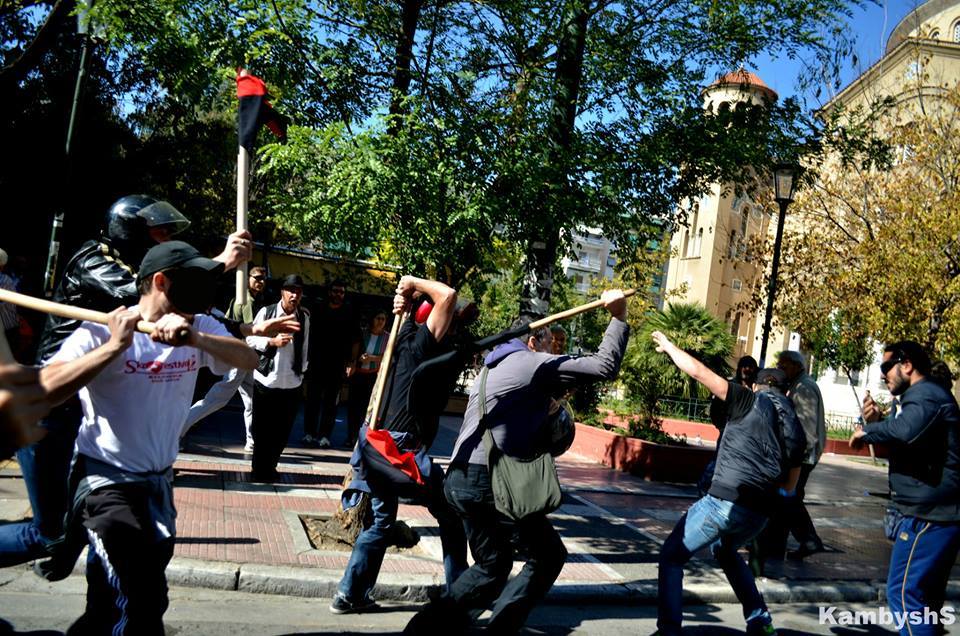 Regardless of what particular strand of anarchism they belong, no greek anarchists that respects himself would choose peace over a brick on a fascist’s head. Taking the motto “tsakiste tous fasistes” (bash the fash for anglo-saxons) το its most literal sense, greek anarchists believe that most direct way to beat fascism is to beat the fascists senseless. One might dislike the violence, but historical lessons from World War 2 suggest that fascism needs a good beating to know its place so who can blame them. Like Woody Allen once said:

I fought the law and I won

A battle-ready group of anarchists militants will clash with riot police in a demonstration or anywhere really, using rocks, bricks, flares and molotov cocktails. These clashes were very prominent in the neighbourhood of Exarchia in the center of Athens, where there is a huge concentration of anarchists and also some university faculties.

In the past, the antiauthoritarians used to exploit a loophole in the law that denied the police entry in university buildings without direct order from a judge. So, they used the bars as barrier to throw rocks and stones to the riot police at their leisure. The practise was called “καγκελάκι” from the greek word for the little bar.